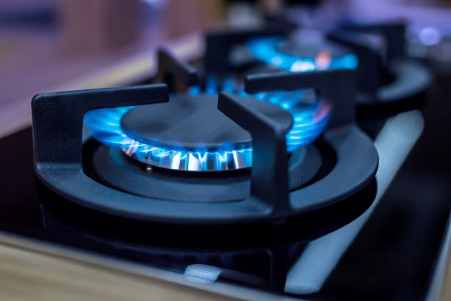 New Zealand’s gas industry is launching a Future Sure campaign, hoping to give Kiwis and the hospitality sector confidence that gas energy will continue to flow well into the future.

The campaign says it supports the Climate Change Commission’s recent and final recommendations to decarbonise New Zealand’s economy to meet the country’s 2050 climate change commitments. Future Sure represents the gas industry including, distributors, retailers, appliance manufacturers and a number of other partners.

Cameron Jardine, of Future Sure, says tomorrow’s gases – like renewable hydrogen gas (generated from water), are already being developed or trialed in New Zealand and will allow Kiwis to continue to enjoy gas energy in their lives.

“More than 450,000 households and businesses use gas every day. If you use gas for cooking, heating, or manufacturing, our message is the flame isn’t going out. If you own an appliance that uses today’s gas, you can use it in confidence for the rest of its expected lifetime,” Jardine says.

“Most of New Zealand’s gas pipe network is compatible with future gases. Testing shows most modern appliances are compatible with blends of low carbon renewable gases and can currently take up to a 20% renewable hydrogen gas blend with natural gas.”

Blending gases will be an important part of our journey as we scale towards a more renewable future. LPG appliances are already compatible with bioLPG as it is chemically identical to existing LPG”.

“We want Kiwis to understand that while gas energy is changing, it’s here to stay. Trials to move to future gases are already underway. We’re getting ready for the future – currently, we’re working to begin blending tomorrow’s gases into the natural gas network from 2025,” says Cameron Jardine.

“A national energy strategy will support the industry to build future technologies and invest in infrastructure and development of these crucial gases, ensuring continuity of energy supply for all New Zealanders.

“In the meantime, we want to start the conversation about the future of gas – how the flame isn’t going out and how future gases will get us there; consumers can continue to use gas energy with confidence,” says Cameron Jardine.

Meanwhile Hospitality New Zealand is concerned about the hit on restaurants, cafes and bars if they are forced to stop using gas for cooking, as advised by the Climate Change Commission’s report to the Government.

In its section on how business can contribute to lowering New Zealand’s emissions, the Commission says: “Small businesses such as restaurants, cafes and bars that use fossil gas for cooking will need to move to lower-emissions solutions, such as biogas and electrification.”

Hospitality New Zealand Chief Executive Julie White says if this advice was adopted by the Government it would have a huge impact on the hospitality industry.

“There would likely be a big cost involved and it would also hit efficiency.

“There are very few commercial kitchens in the country that do not run on natural gas, and no alternatives are currently available on a large enough scale or are efficient enough for wide use across hospitality.

“Hospitality New Zealand is not against a transition – we want to do our bit to help reduce emissions – but viable alternatives and appropriate transition timeframes need to be supported and invested in to enable a smooth change within reasonable timeframes.

“Electricity is simply not an efficient heat source for a commercial kitchen operating in a dynamic environment.

“Gas has huge advantages – burners respond instantly when ignited and cool quickly when an instant drop in heat is required.

“And the cost of having to convert to something else – throwing out the gas hob and buying a new electric one – would be simply too prohibitive for many small businesses.

“And, as raised already by many other sectors, it seems little consideration has been given to the increased load on the electricity network if a full transition was endorsed.

“If biogas or hydrogen-based fuel forms were to be preferred to natural gas, there would need to be continued investment in the gas network to ensure consistent supply.

“It’s concerning the commission offers advice like this without attempting to put forward alternatives or considering appropriate transition times.

“There’s absolutely no way an end date of 2025 is a realistic timeframe to fundamentally upend the sector in this way.

“We look forward to discussing the Commission’s advice with the Government to try to map a way forward that works for everyone.”